Early Retirement – The 5 Fundamental Strategies You Must Know 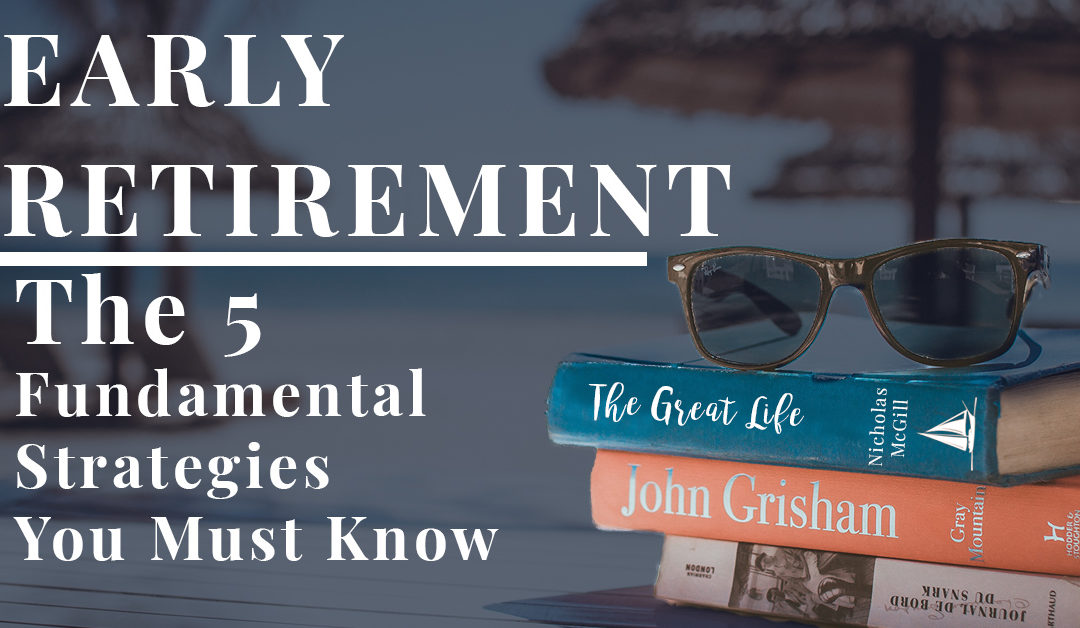 We all dream of having the ability to retire early. For many of us the opportunity is really there, we just need the motivation and the know-how. Just like regular retirement, retiring early requires both planning and saving. Those wanting to retire early will need to start saving money earlier in order to make those retirement funds available sooner. They’ll also need to last longer which means you may want to think about investing into more than just retirement accounts such as a 401k or IRA. Remember that as you’re saving for early retirement you’ll also need to be saving for regular retirement. Study these 5 fundamental strategies for early retirement and apply them in order to embrace a life of independence while being free of work with enough time still left to enjoy life!

Most who retire early are too young to qualify for social security and medicare. Eliminating government retirement programs for early retirees puts an increased burden on savings and other sources of income. Make sure to properly budget for lower income in the early years until Social Security kicks in. You must also plan on higher expenses to self-insure your health until you qualify for Medicare.

Inflation can eat away at the purchasing power of your savings. It’s basically a tax on wealth that can destroy your financial security if you don’t plan appropriately. When preparing to retire early, speak with your financial planner and be sure to have a plan in place that can adjust adequately to compensate for inflation.

Traditional retirees build their retirement savings with concepts like saving and passive income streams. They call this the slow and secure path to wealth such as a 401k, stocks, and others. These types of portfolios tend to grow at a very slow rate which early retirees cannot really afford. Early retirees must find other ways to build assets that can grow at a faster rate.

Think about what you’ll be doing with all of the hours you have available after early retirement. For most people, all of the free time can get old after a short while. As humans we like to be social and productive with our time. The idea of spending everyday on the golf course may seem fun, but it really isn’t likely. Consider all the passions you have and determine how your time will be sent after early retirement. Will you have a part-time job?  Get a gym membership? Start a small home business? There are many things retirees can do to stay active and busy while still enjoying the perks of being retired at an early age.

With proper discipline, motivation and planning, early retirement is available for just about anyone. If it’s something you’re giving serious consideration to, speak with a financial adviser to learn about the steps someone in your current financial situation can take to begin planning!